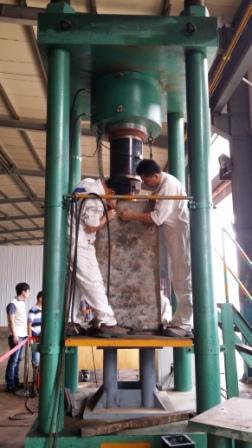 Post Tensioning systems shall be able to transfer a specified percentage of the tensile element (PC Strand) ultimate strength from the anchorage into the concrete structure, of a defined strength class of concrete, without undue cracking of the structure, and at deformations which stabilise within a given time frame.

The load is increased in steps: 0.2 Fpk, 0.4 Fpk, 0.6 Fpk, and 0.8 Fpk (Fpk : Characteristic tensile strength of all PC Strand). After reaching the load 0.8 Fpk at least ten slow load cycles are to be performed, with 0.8 Fpk and 0.12 Fpk being the upper and the lower load limits, respectively. The necessary number of load cycles depends upon stabilisation of strain readings and crack widths. Following cyclic loading, the specimen shall be loaded continuously to failure.

Post Tensioning systems shall be able to develop a specified percentage of the tensile element (PC Strand) ultimate strength with a minimum elongation, without premature failure of anchorage components, without undue deformations in the components, and without disproportionate relative movements between PC Strand and anchorage components.

The tendon specimen is mounted in the test rig or testing machine, observing the same geometrical configuration of the individual tensile elements in the specimen to that specified in the ETA applicant’s guide.The tendon is stressed at one end with representative equipment (Stressing Jack) comparable to the one used on construction site, and specified in the ETA applicant’s guide, in steps corresponding to 20%, 40%, 60% and 80% of the characteristic tensile strength of the tensile elements (PC Strand). The load is increased at a constant rate corresponding to about 100 MPa per minute. At 80% level, the load is transferred from the equipment to the anchorage and test rig. It is then held constant at 80% level for one and two hours for internal and external tendons, respectively. For external tendons, the load is then reduced to 20% level. Subsequently, the load is gradually increased for both tendon types with the test rig to failure at a maximum strain rate of 0.002 per minute.

The uncertainty of values measured with the measuring equipment shall be within +1%. Loads shall be maintained with a maximum tolerance of +2%. The load measured in the Stressing Jack shall be adjusted for estimated friction losses in the anchorages to assure that the specified load has been applied to the anchor head used for measurement. 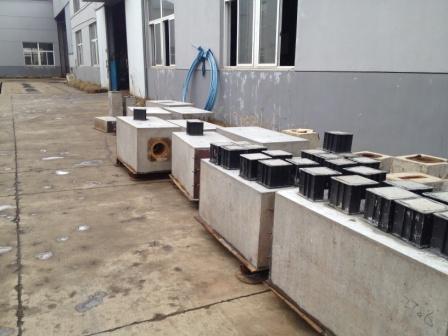 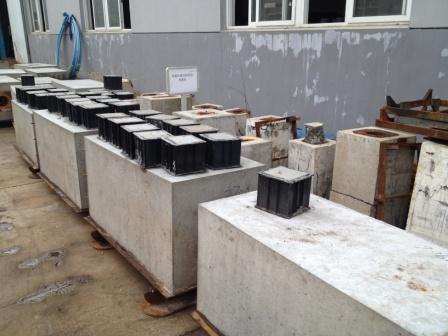 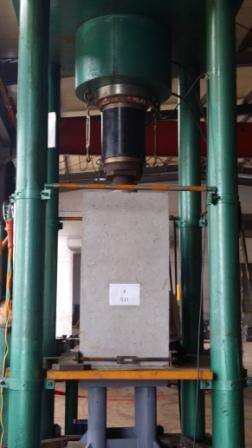 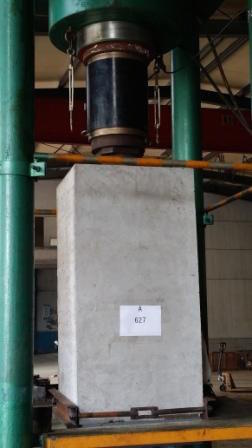 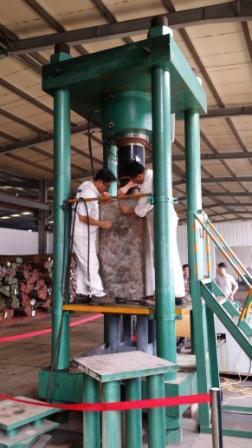 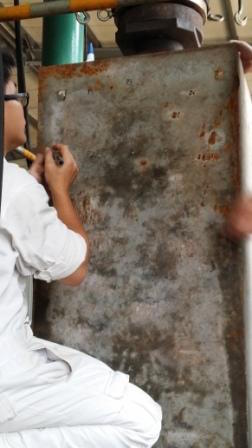 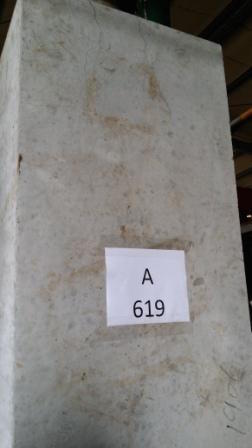 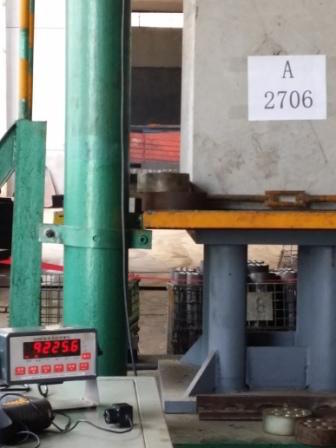 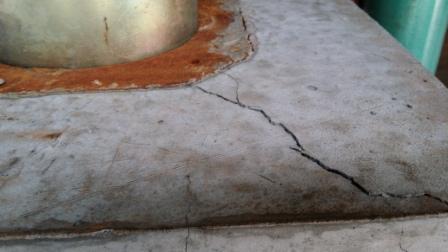 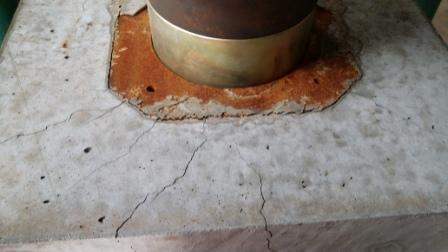 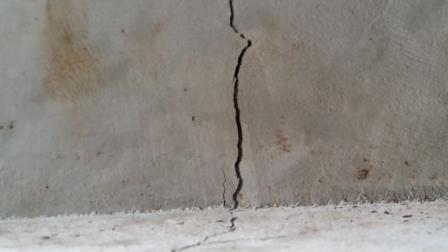 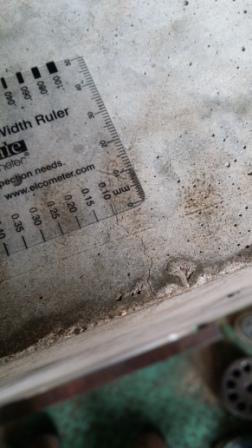 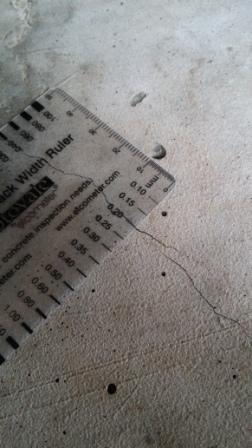 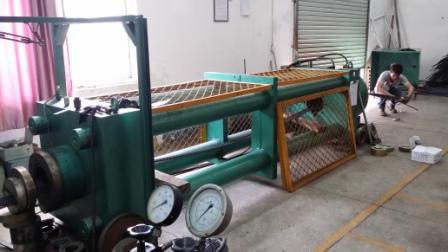 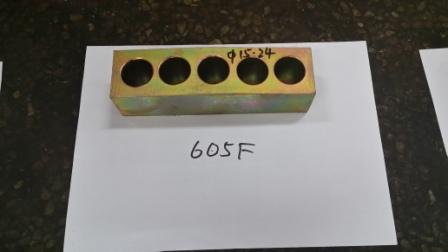 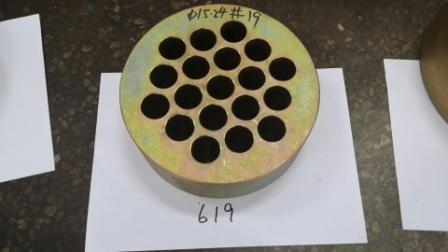 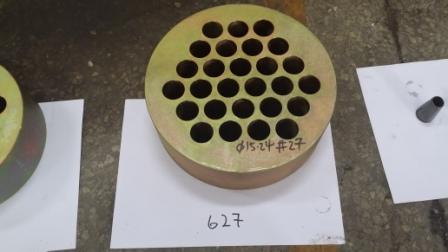 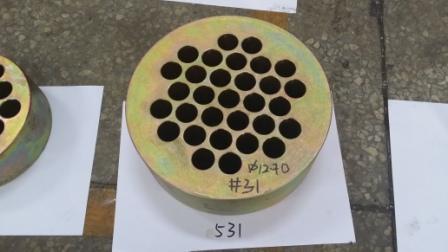 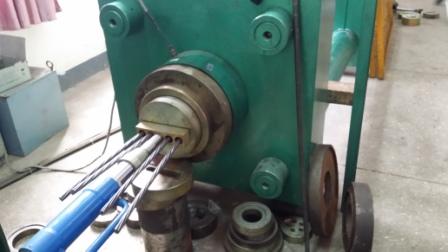 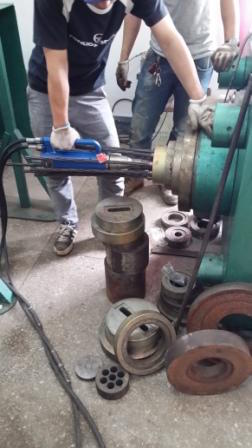 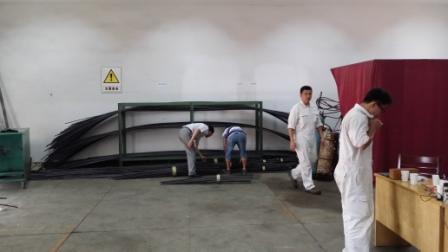 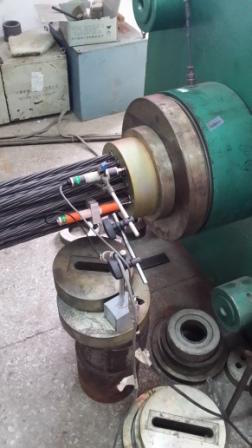 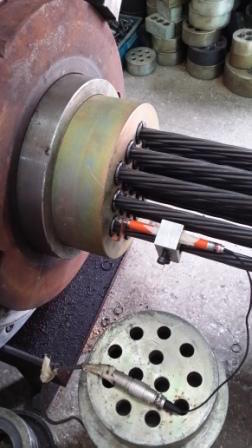 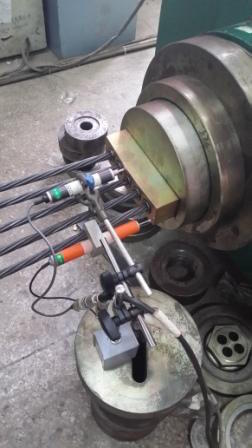 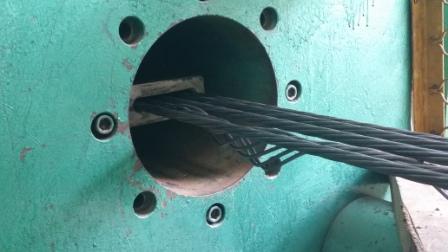 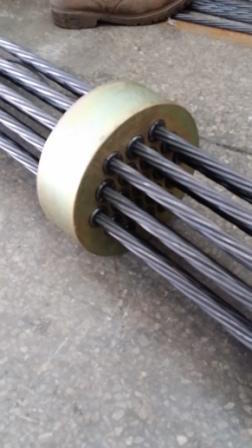